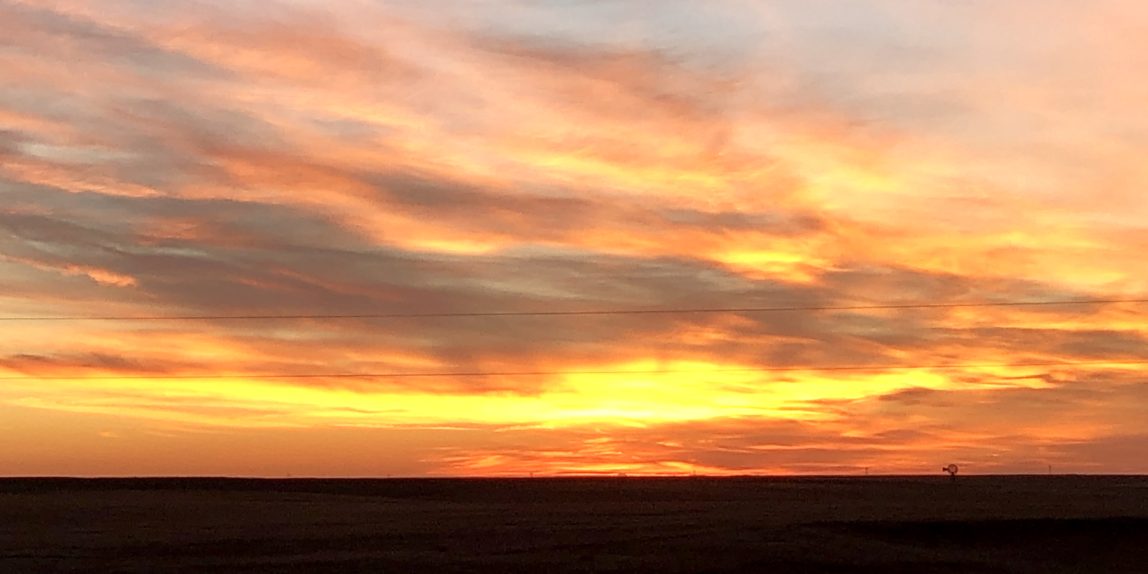 Despite once again waking to frost covered windows, it was genuinely hard to leave the Leavenworth State Fishing Lake this morning. If it were spring I could picture myself setting up camp in this spot for days. Waking with a warm cup of coffee, spending the afternoon fishing, and then cooking Dutch oven pizza by the camp fire at night since I most likely wouldn’t catch any fish. The trees would be every possible shade of green and orange, and at night fireflies would dance in the air like little fairies. Unfortunately, it isn’t spring and I’m still on my search for someplace warmer. 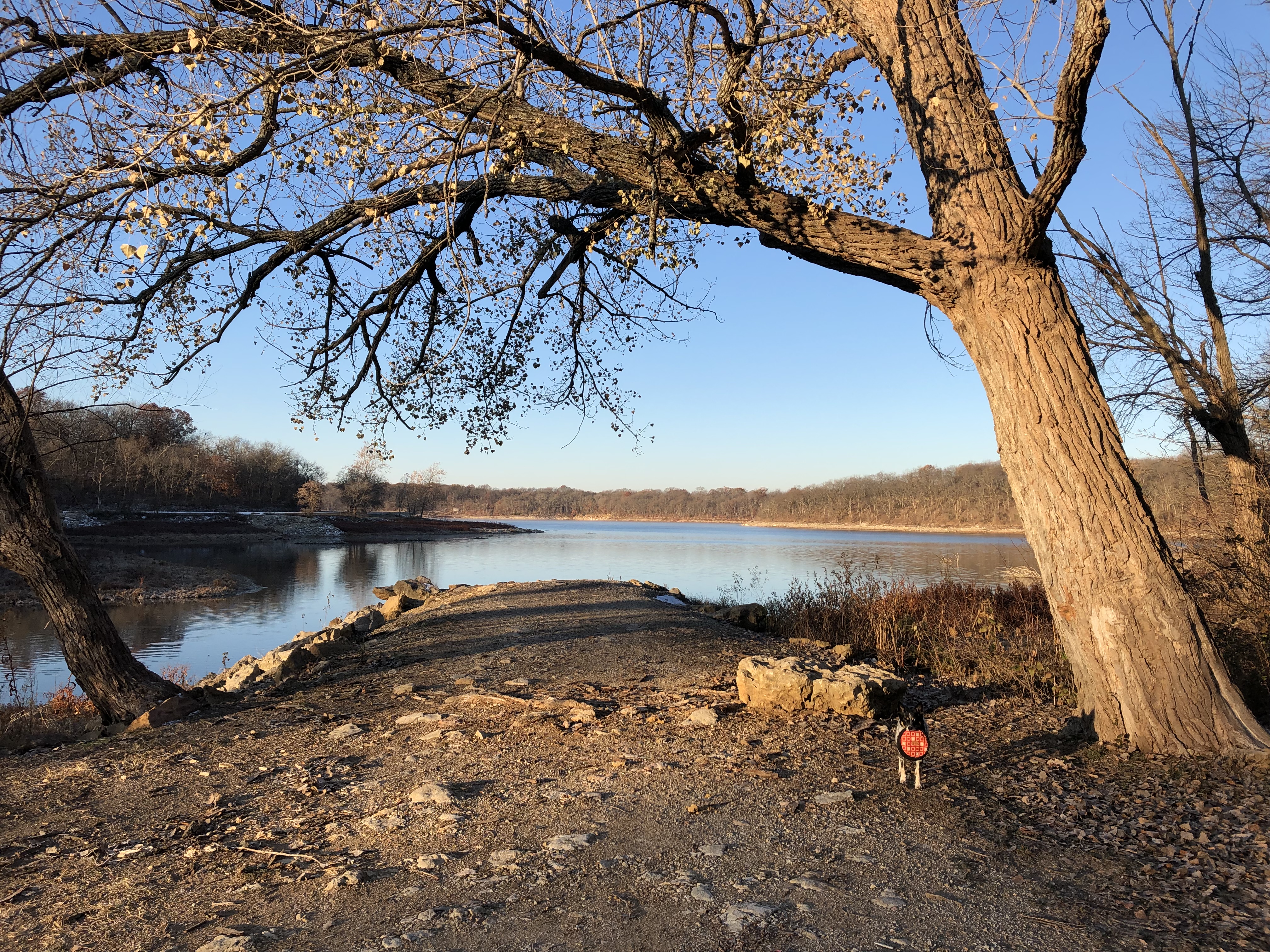 It was early, around 7:30am, when we woke up this morning, and the not-axe-murderer on the other side of camp was already heading out. I took my time, made coffee and breakfast, and after soaking up the last of my quiet and private little winter wonderland, I hit the road.

I didn’t realize how large of a State Kansas is until today. I can’t say there is much diversity in the Kansas landscape, which made the drive feel longer than it actually was. It’s very expansive and very flat. Considering there weren’t wide rivers, snow covered mountains or dilapidated barns to draw my attention, I had a lot of time to think about the countryside I was driving through. 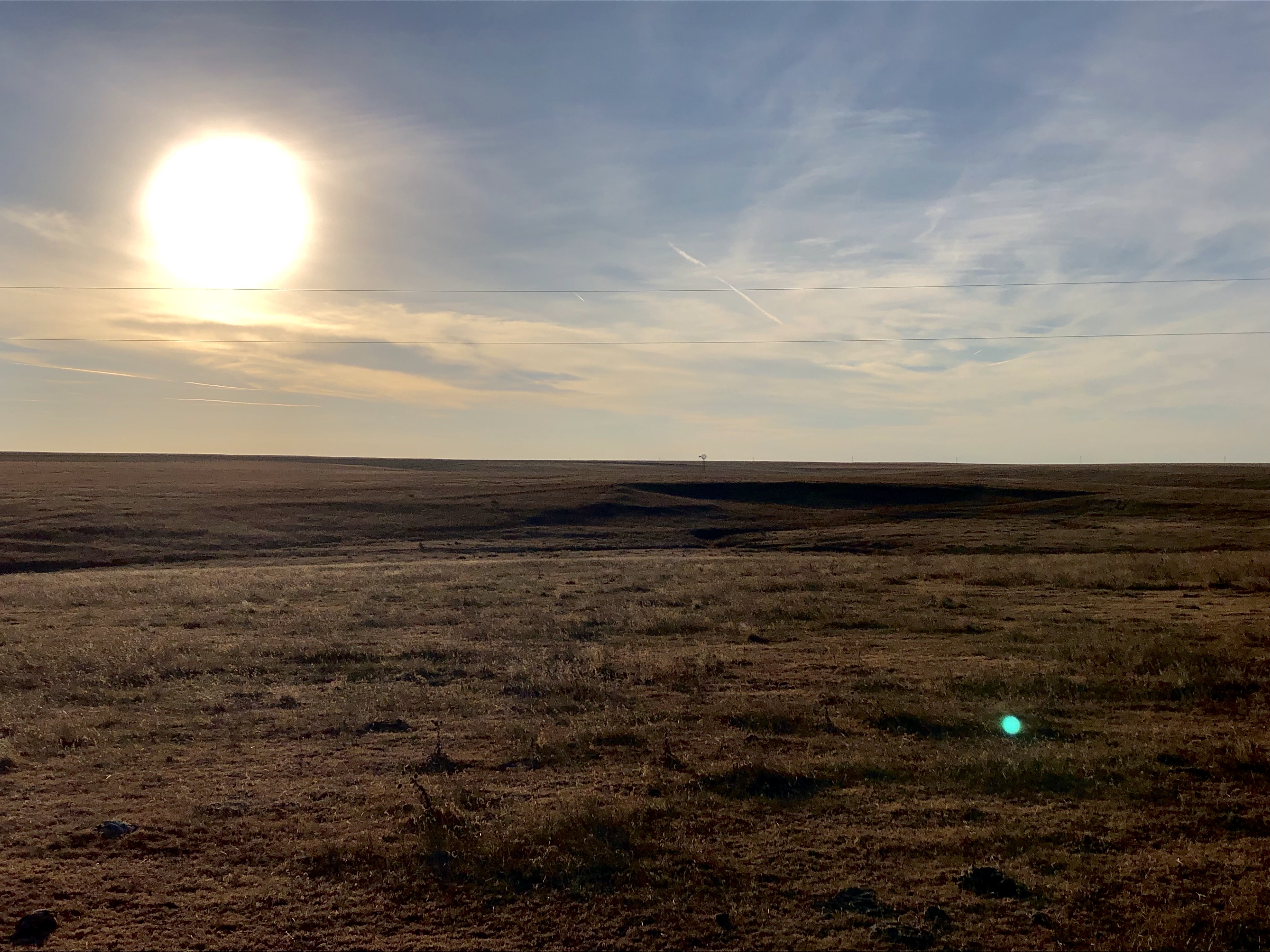 Whenever someone in a movie jokes “we’re not in Kansas anymore” I always assumed it was because they’d left normal life and had ended up in some crazy situation. Like in the Wizard of Oz when Dorothy ends up over the rainbow. Kansas was home. It was predicable and normal. Oz was loopy and colorful and unpredictable. 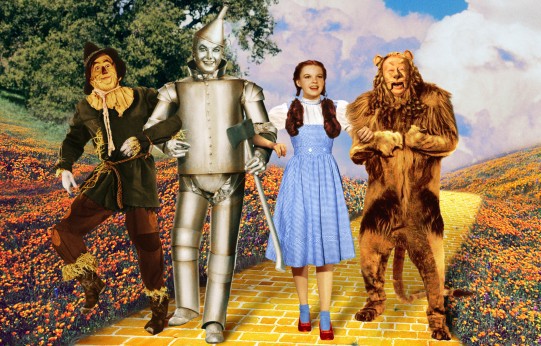 As a person who basically lives in Oz, in the rainbow laden streets of playful San Francisco, Kansas is not my kind of normal. I suppose it’s all relative, but after today I can confidently say that I’m not in San Francisco anymore.

Here are some of my observations:

First, Jesus is alive and well in Kansas, and he’s plotting. In some instances he’s plotting his return, and you can’t say you weren’t warned. In other instances he’s plotting to save your soul. He’s often plotting for the unborn, but then there are times he’s plotting for all life. In case there was any doubt, many billboards declared that “Jesus is Real” which I found to be an usual marketing tactic. Other billboards went with the Valentine’s Day approach with “Jesus Love you.” Then there were the thoughtful questions, like the one below.  In the end, however, the message was clear. Jesus is in charge and he’s mobilizing! 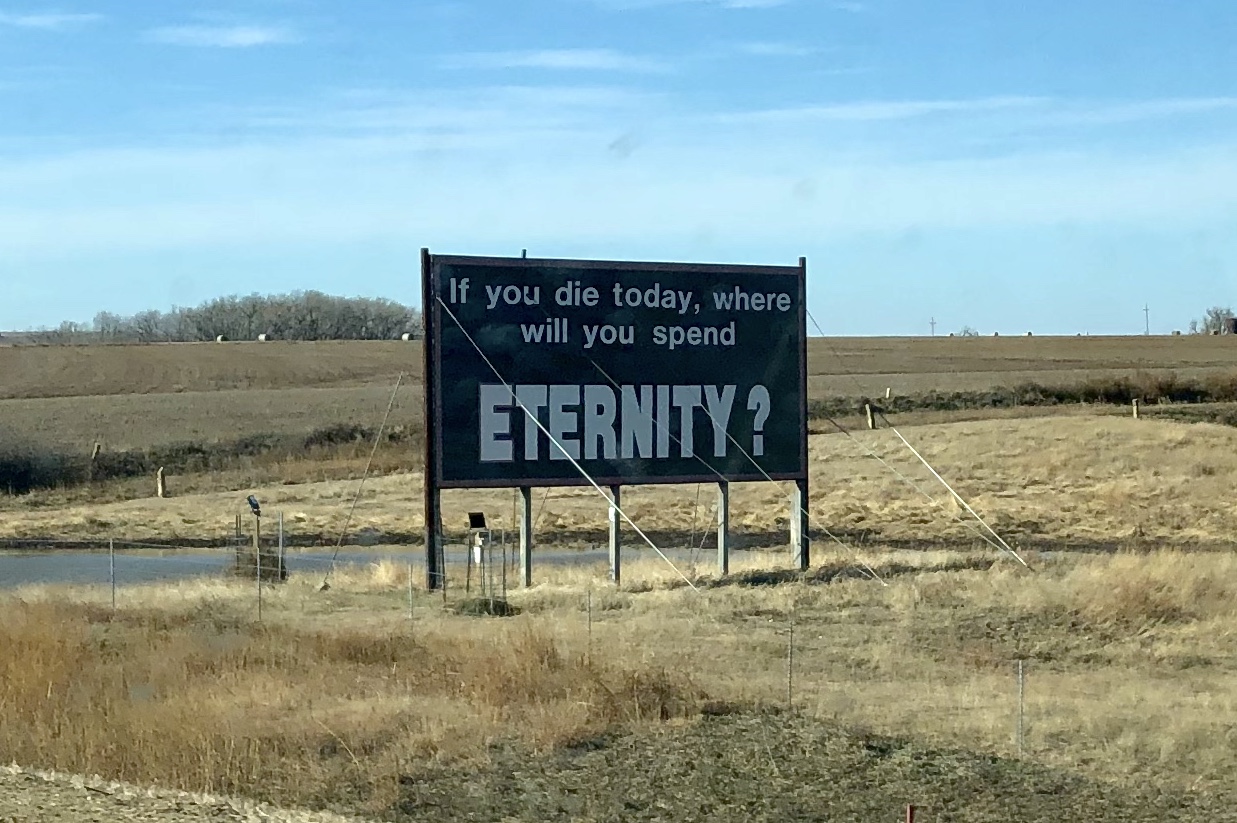 Surprisingly, while Jesus is getting around in Kansas, my second observation is that it appears as if others are as well. I saw more billboards for sex shops on this drive than I’ve ever seen before. Not just the standard strip club, although there were those too, but sex toy emporiums! In gigantic type on huge billboards, as if someone was overcompensating for something just in their font and billboard choice. I have to admit that a piece of me was curious as to what a Kansas sex toy emporium looked like, but I had a goal of getting to Colorado, so decided to move on.

Third, Kansas is really milking this whole Wizard of Oz thing. Everywhere you turn there’s a Billboard being clever: “Follow the yellow brick road to the Topeka Days Inn,” or “Let the Wizard make a deal with you at Lawrence Volvo,” or “Come wine tasting at Oz Winery.” If there was a way to use the Wizard of Oz to draw people in, it was being used.

Finally, my last observation. If you were playing hide-and-go-seek in Kansas, you’d find that there’s no where to hide.

You can’t hide behind trees, or hills or canyons. There’s no mountain or gully. If you really want to hide, you should tuck yourself behind the curvature of the Earth, because that’s the only hiding spot there is. Kansas is flat, and expansive. You may find a windmill or a farm house to hide behind, but if you’re looking for a natural feature to conceal your presence you’re going to have your work cut out for you. 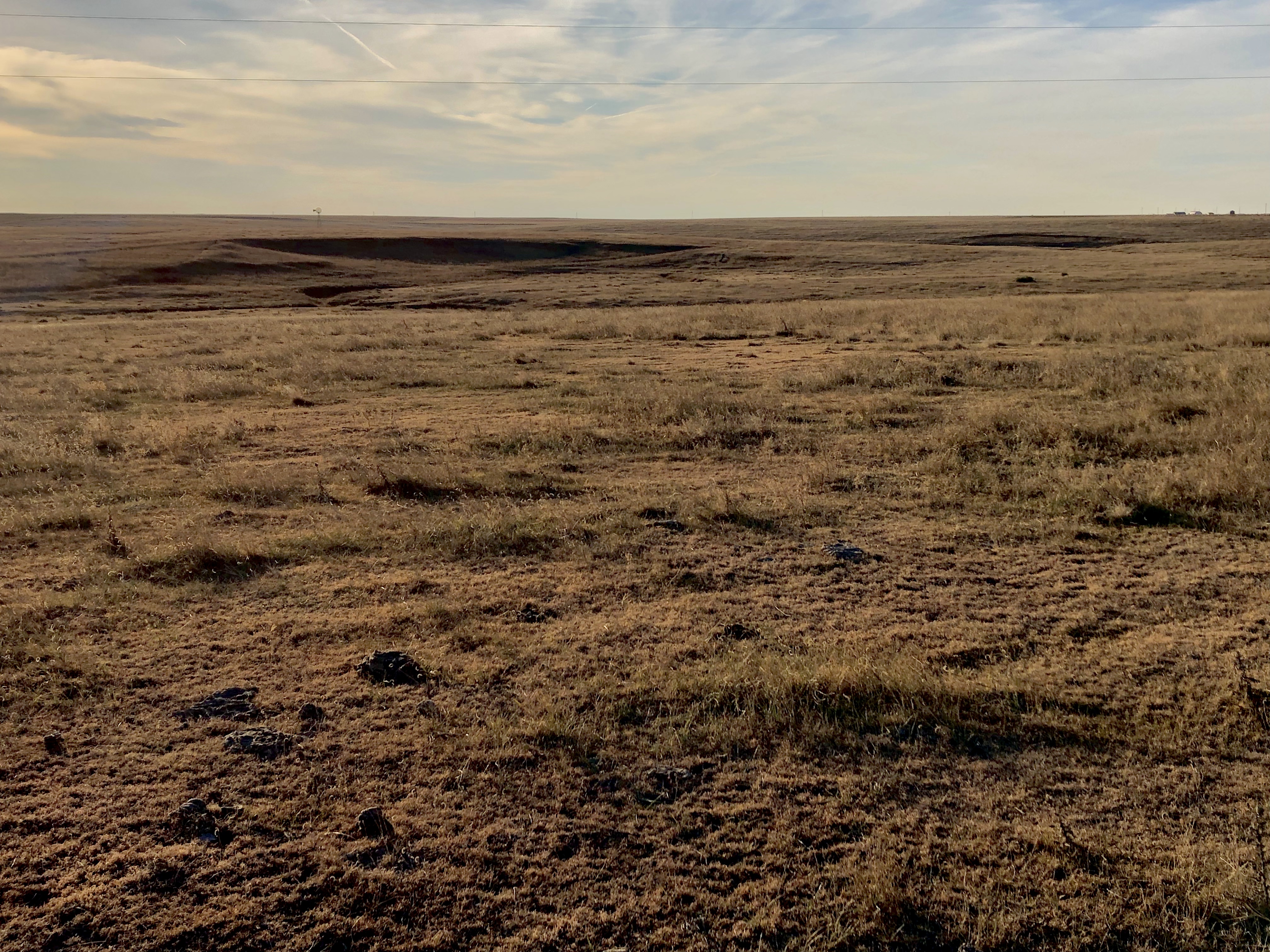 After driving for around 8 hours, Dingo and I finally rolled into our campground for the evening. I use the term campground loosely as it’s really more like a mobile home park. The down side is that it’s directly beside the highway, so the white noise of cars will be the backdrop for tonight’s sleep. The upside is that I got to eat dinner while watching the sunset. 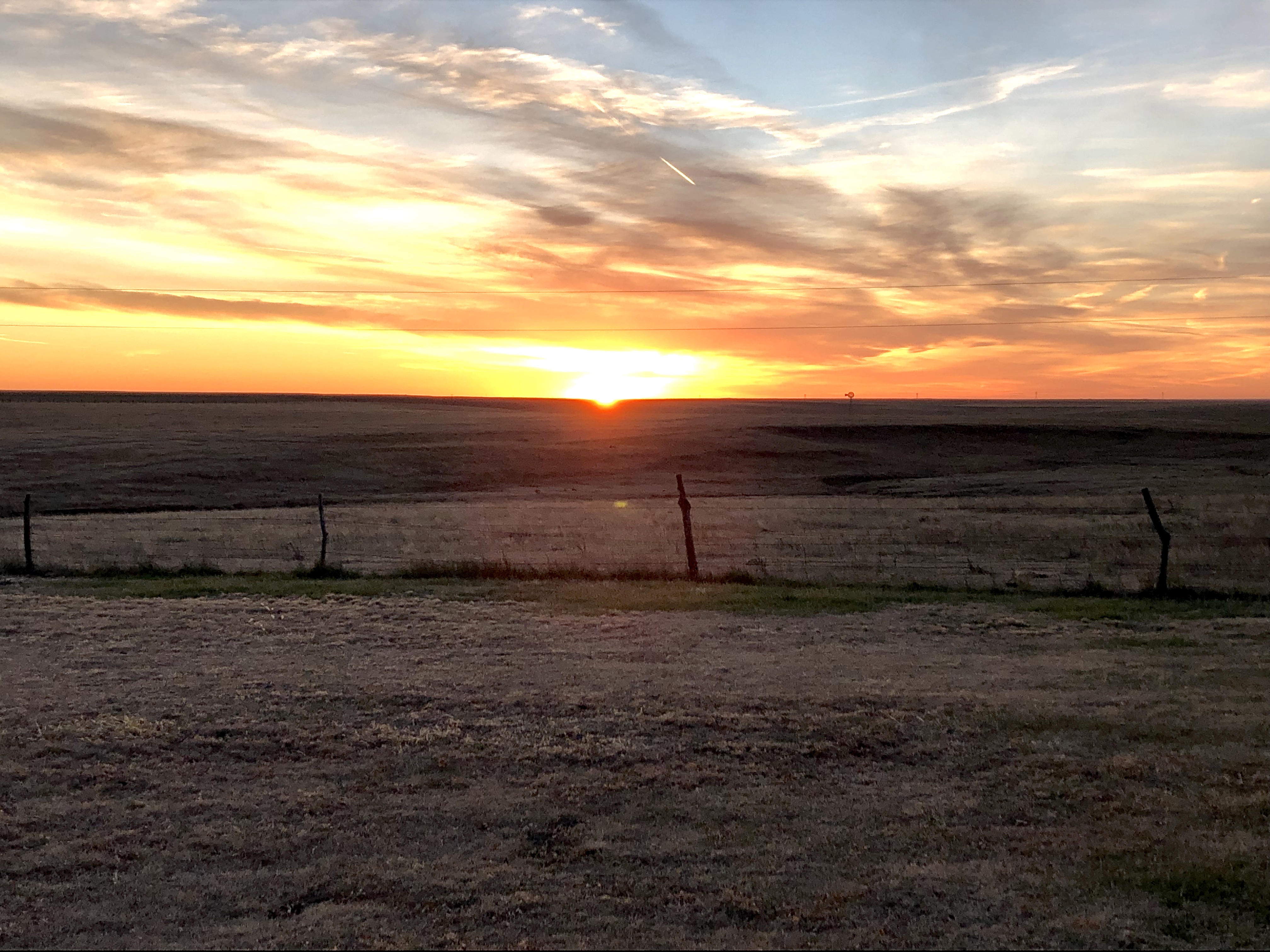 Just as the land seems to stretch on forever, so does the sky. There aren’t any obstacles keeping me from seeing the entire horizon fade into darkness. Another upside is that I have internet access, so I can catch everyone up on where I am today. 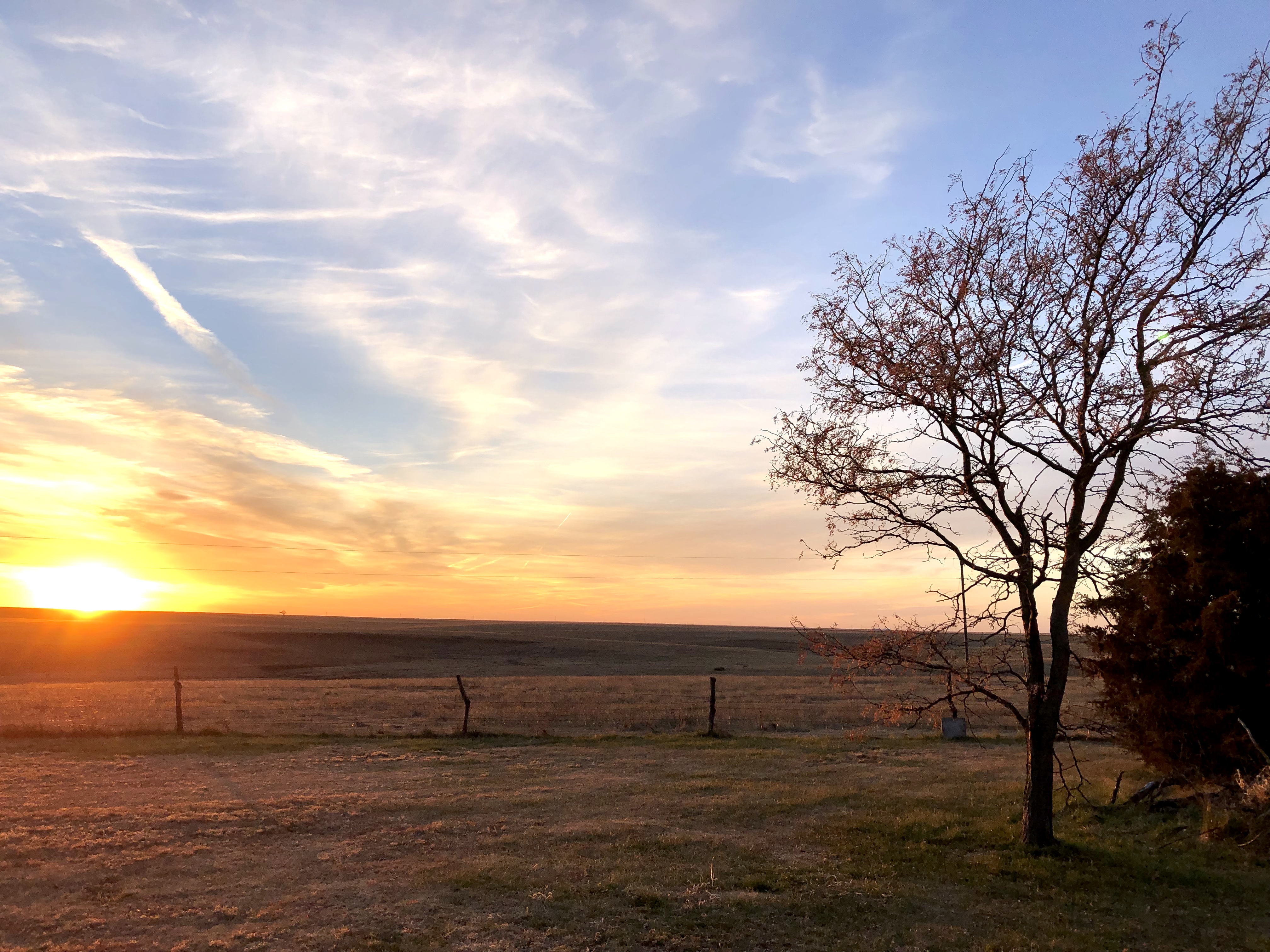 Tomorrow I’m off to Colorado and can’t wait. It will be a shorter day of driving, and I’m desperately hoping the campground is one where I can stay for a couple nights. The criteria is that it needs to have some hiking opportunities, and that it needs to be at least moderately warm. Everywhere I’ve gone since Wisconsin has been just a touch warmer, so I’m hopeful it will continue on that trend.